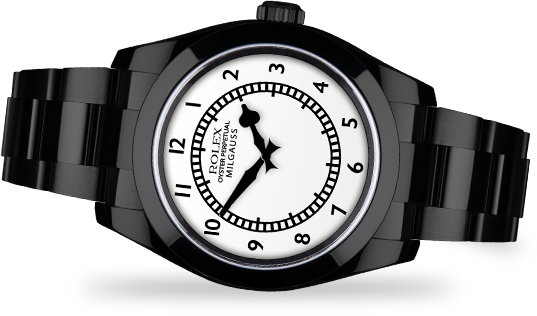 TBlack is unveiling a limited edition Milgauss in collaboration with Thierry Henry; Invincible Edition. The collection celebrates Henry’s exceptional success as a football player. When asked to design his very own watch face to commemorate his many accolades as a footballer, he decided to honour his achievement of being part of Arsenal Football Club’s record breaking 49 game unbeaten run from May 2003 to October 2004.

A remastered classic, the Milgauss model is available in a limited edition of just 49 pieces, commemorating this exciting collaboration between the Bespoke Watch Specialists and one of the greatest footballers to have ever played the beautiful game.

TBlack has taken the Milgauss masterpiece and elevated the design to create Invincible Edition. The dial design is a homage to the renowned Clock, which famously graced Highbury for over 70 years and was later installed to the outer side of the Emirates Stadium. A new, larger version of the clock was also added inside the ground in August 2010.

Unlike the original clock with its 45-minute countdown, the pieces from Invincible Edition are a limited-run conventional timepieces, exclusive to TBlack. The watch design also has a personal connection to Henry, symbolising his legendary performance during his eight-year tenure and twice nominated for FIFA’s Annual World Player Award while starring at the football club. 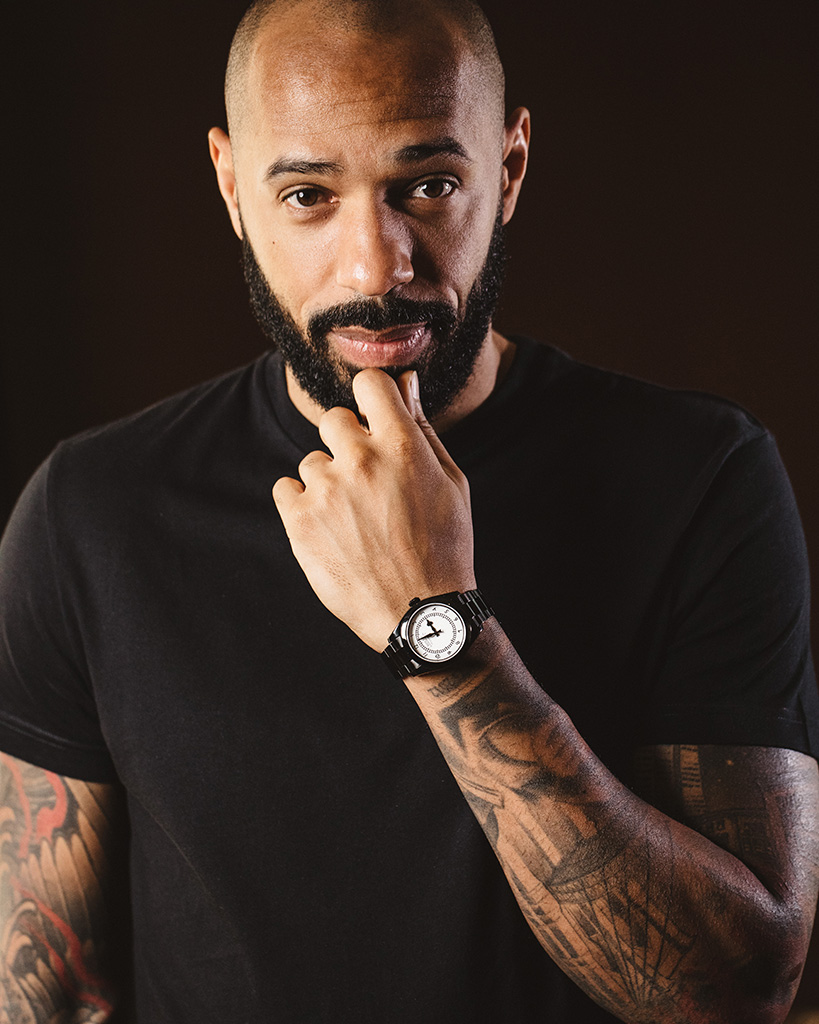 “I am delighted to be part of this collaboration with TBlack.
I have always said that I felt some of my best moments as a football player were spent at Highbury. The famous Clock will always depict perfectly for me that era. What better way to remind me of those moments than to have it on my wrist.”
Thierry Henry 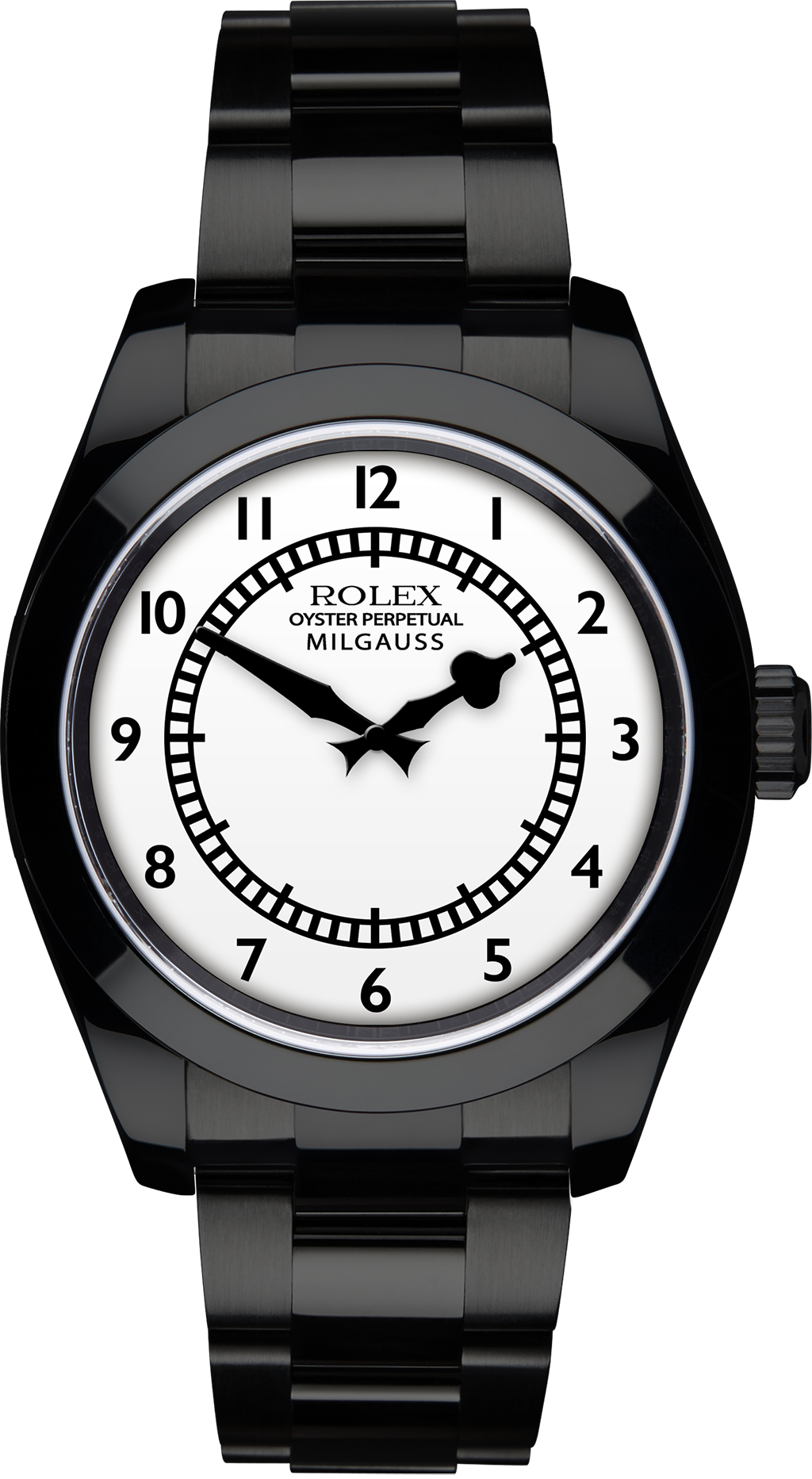 Pieces from the Invincible Edition are presented in a bespoke watch box, exquisitely hand crafted from high polish piano wood. Upon opening the watch box, the timepiece is beautifully presented alongside the warranty card. 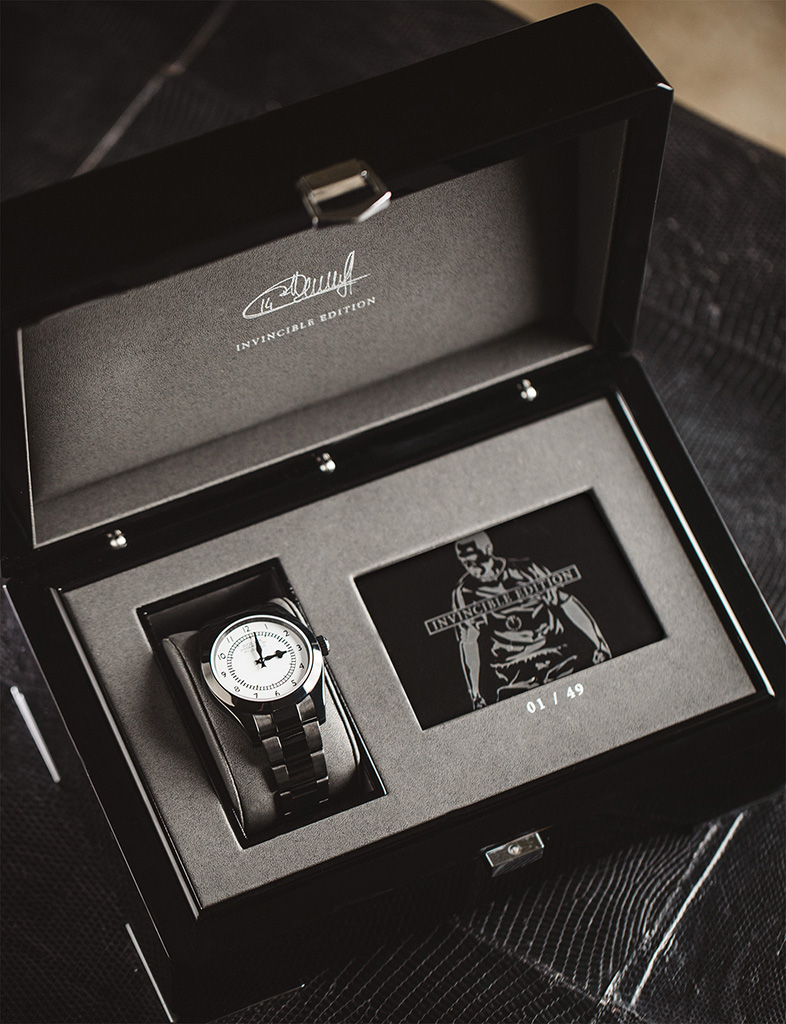 Please complete the form with your Invincible Edition enquiry.